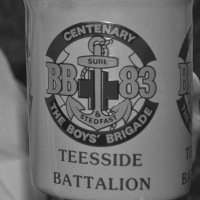 In 1986, I completed my social work education in England and decided to move to the United States. The first social work position I obtained in America was with United Cerebral Palsy of New York State where I worked at a 52 bed intermediate care facility located on Castle Hill Ave in the Bronx. After working there for two years, I obtained a position at Jewish Child Care Association, where I was a social worker primarily responsible for two Agency Owned Groups Homes comprised of 16 adolescents in total, located in Brooklyn.

In 1992, I was admitted into the Doctoral Program at Yeshiva University’s Wurzweiler School of Social Work. In 1996, I completed my doctoral studies and was fortunate to obtain a position at Lehman College where I was an Instructor and later an Assistant Professor. In 1999, I accepted a position at the University of Southern Maine’s School of Social Work, where I have been for the past 17 years. Initially, I was an Assistant Professor. In 2005 I was granted tenure and then promoted to an Associate Professor; and in February 2016, I was promoted to the rank of Full Professor.

I chose an Anchor because …

When I was a boy, I was a member of the Boy’s Brigade. Their emblem is an Anchor with the Moto: “Sure & Steadfast.” In my career in social work, which I can’t believe began 30 years ago, I have found many situations to be complex and challenging. Frequently, one is pulled in numerous directions and there are no right or wrong answers. Often, one is second guessed or even criticized.

In each of the settings that I have worked in, I have often found myself in the role of advocate for those who are perceived by many to be undeserving. For example, in my work at United Cerebral Palsy, I would often find myself in meetings with the psychiatrist advocating that a resident’s medication should be reduced; and when I worked at Jewish Child Care Association, going to family court and arguing that an ‘Open Adoption” would be beneficial to all.

At the University of Southern Maine, I have been on the Faculty Senate for the past 15 years and last year was elected to be Vice-President of the Senate. For the past two years, I have been the Grievance Representative on my Campus for the Associated Faculties of the Universities of Maine (AFUM). Over the past two years, we have had a number of faculty members retrenched and this ultimately ended up going to arbitration. Again, my role was to advocate, utilizing the Collective Bargaining Agreement, for the faculty that were impacted by these decisions.

Over the years I have come to the realization that all one can do is one’s best. As one of my student’s commented to me last semester: “Paul, if they are giving you a hard time, then you must be doing something right.”

I have my Boy’s Brigade mug, which was given to me back in 1983, on my desk and often think about the waves on a stormy winter’s night crashing against the rocks at the Hook Head in Ireland. Just like it states on the anchor, one needs to remain “Sure & Steadfast.” Never underestimate yourself. Never be too harsh on yourself. Never doubt yourself. As the Boy’s Brigade hymn states:

Will your anchor hold in the storms of life?

When the clouds unfold their wings of strife?

When the strong tides lift and the cables strain,

Will your anchor drift, or firm remain?