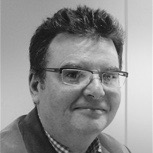 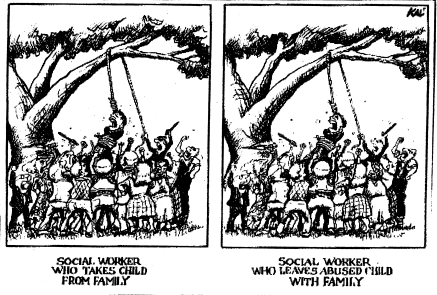 I qualified in 1988 as a social worker and began working for a local authority which covered economically declining mining villages in the North of England.

A year after I qualified, the ‘Cleveland case’ broke in the news and to my newly qualified mind social work mind child abuse appeared to be everywhere. My degree had helped me understand that I would be working in a hostile and challenging social, economic and political environment, with some of the most marginalised people in society, often disregarded and ignored, but the extent of poverty, abuse and hostility I experienced at times felt shocking and overwhelming.

Despite this, I found that at work there was much humour and laughter and often as a ‘soft southerner’- from the south of England, I was the butt of jokes and at other times I was an eager player in practical jokes. Humour appeared, to be the mechanism for helping work relationships and enabling myself and my colleagues not only to survive in this hostile environment, but to bond and to practice effectively. The laughter at work made me feel in one sense re-energized and uplifted, ready to meet the difficulties I faced in the day ahead, or at the end of the day helped me to process what had happened and to draw some solace from the day.

… it illustrates how humour can communicate complex ideas and helps social workers get through the day. The object I have attached is from a cartoonist named Kal (Kevin Kallaugher) and first appeared in the Today Newspaper on 1/7/1987 and was a visual pun on the damned if you do / dammed if you don’t.

In the cartoon the figure of a social worker is strung up to a tree by his neck, by a lynch mob for taking a child into care from a family. In the next panel the same social worker is seen as being hung by the same group for leaving an abused child with a family. It’s poignant for me that this cartoon, now nearly 30 years old reminds me that recurring child deaths and the crisis they bring on in terms of social work identity and confidence, do not go away.

The cartoon always provides me with a wry smile and for years in practice I had it sellotaped to the notice board above my desk as it reinforced the idea that you can’t win, whatever you do, and that other people, even if they are ‘just’ cartoonists recognise this. For me it also says that the passions of the lynch mob are no way to address the issues of child abuse. I hope sometimes though that the lynch mob stops before the social worker dies and says “we were only joking – we really know you can’t always get it right and we understand you do a difficult job”.