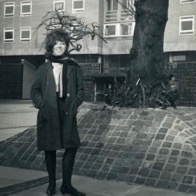 In 1964, seeking a university education relevant to my interest in people, I inadvertently began my journey into social work through my choice of a Social Administration degree, today known as ‘Social Policy’. I did not have a career in mind and did not know what social work was, but my life was pushing in that direction, shaped by a developing ethic of duty, care and social justice. Born in 1946, first of three children, to intellectual parents, active members of the communist party (they resigned in 1956), whose ambitions had been thwarted by war. My father, Percy, from London’s East End, had to relinquish ideas of university and fast-tracked from the army to special needs teaching. My mother, Mary, gave up precious art school training, and struggled to sustain motherhood and art, combatting periods of depression.

In 1976, my first post as a qualified social worker was in the Department of Psychiatry in a downtown Toronto teaching hospital, where through participating in teaching a range of professionals and practice teaching social work students, I discovered my passion for social work education.

I chose my Manchester box because …

… my career as a social work educator might never have happened without my Social Administration degree. I chose the University of Manchester because it was one of the few that offered Social Administration, and I chose Manchester because coming from the rural southeast, I was hungry for the experience of a big city. Unknowingly, I stepped into a leading programme pioneered by Barbara Rodgers. Crucially, she believed that social policy could only be understood by its impact on people. Students were required to undertake three summer placements, each a month long, explored in a ‘report’ through the prism of university based teaching.

The steepest learning curve came from working in a Manchester cake factory in the Swiss Roll section. I experienced first hand the oppressive interactions of class and gender on the shop floor – women worked the conveyor belt and men managed, and relationships between women evidenced hierarchies of power and care. Re-reading my Factory Report, it reflects my learning about poverty, class and inequalities in my first year of study. I also recorded the troubling views of the white-only workforce, that ‘coloured’ workers would be ‘dirty’, a theme somewhat explored in the study of ‘racial differences’ in Sociology and Anthropology, but I had not learnt how to confront racism.

In Year 2, I studied the Sociology of Education – excited by Basil Bernstein’s seminal research on class and education, so relevant to the factory women. My residential placement was at Bristol University Settlement (Barton Hill), a community dislocated by post-war housing development where what we now know as ‘user participation’ and ‘empowerment’ was part of the Settlement’s purpose. I learnt to work with community groups and the value of teamwork, noting that the daily morning meeting (that included prayers) was valuable for co-ordinating the multi-level work at the Settlement.

In my final placement in an East Sussex Social Services office – I shadowed a social worker and was confronted by unnerving social problems in my own family’s community. Regrettably I was not required to write a paper on this experience but my memories remain vivid – of visiting a family where there had been ‘incest’, something quite shocking that I had barely heard of; and of my distress on accompanying a ‘delinquent’ young teenage girl to her ‘Approved School’. Such experiences left me with many unanswered questions that I was later to take forward to my Masters in Social Work.

The Social Administration degree set me on the path of understanding the significance to learning for the professions of three interacting perspectives. First, learning must be relevant, a quest that had led to my degree and was sustained throughout. Second, my placement reports are replete with reflective observations, and later influenced by the work of Donald Schon, I understood that reflection on learning underpins learning from experience.

Third, in 1990-93 when seeking to conceptualise, research and write about education for professional practice as it related to my research into problem-based learning, an exciting and significant innovation in social work at the University of Bristol, I was influenced by the work of Michael Eraut. I came to understand that professional knowledge comprises personal knowledge, theoretical and conceptual knowledge, and process or skills knowledge.

The Manchester degree provided the foundations of interdisciplinary social science. It was innovative in its focus on comparative studies across Europe and America and two years after graduating, I went to Canada. In 1974, I started my Masters in Social Work at the University of Toronto, with a strong focus on theoretical and process knowledge. I opted for a long distance family therapy placement where my practice would be routinely observed by my practice teacher and the treatment team. I learnt about research through a requirement to evaluate a social work programme. I finally understood the significance of my earlier decision, of not acknowledging to the factory workers that I was reporting on my experience.

Percy, a proud, not openly sentimental man, kept the Manchester box containing my notes, handwritten assignments and examination papers (also 20 years of weekly letters from Canada). I found the box in 2015 while clearing the house my parents lived in for over 50 years. Mary had died in 2014 age 94; Dad died two years earlier age 96. One of my proudest memories is of my parents’ pleasure in my University of Sussex inaugural professorial lecture.