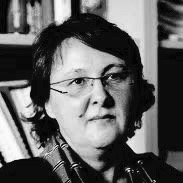 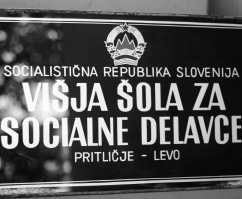 I am a social worker, pedagogue and sociologist from Ljubljana, Slovenia. My multi-professional profile is a consequence of the historical position of social work in the Slovene scientific community and that community’s narrow, positivistic view of what science is and what is not.

Social work in Slovenia (as in many other countries) was for a long time outside mainstream science and was recognised ‘only’ as an applied profession. As a consequence all social work students had to choose another discipline in order to acquire a university degree. In Slovenia there was a choice to enrol either in pedagogy or in sociology. I chose the first one, pedagogy – one of many mistakes in my life, but nothing to be done about it now!

After being a social worker in social services for 17 years I thought that it is time to do something further with my knowledge and experiences, so I completed a Masters degree in the sociology of culture (social work was still an applied science and not eligible to have MA or PhD studies). That was not enough for me; I thought I have more to say, so I finished a PhD and became a doctor of sociology. Currently I’m dean of the faculty of social work, which became a full member of the University of Ljubljana in 2004 and was finally recognised as an independent scientific discipline. What a journey that was for my older colleagues who fought the battles against all the prejudices and stereotypes about social work as a discipline.

… it reflect all those fights for social work’s academic status and the long journey from 1955, when a Higher school of social work was founded and provided a two-year study programme as an applied science – and finally becoming a Faculty of social work and an independent scientific discipline.

In 2015 we celebrated the 60th anniversary of social work education in Slovenia. At the end of the official programme one of the social work practitioners named Vili Lamovšek came to me to the stage and gave me a present. When unwrapping it in front of the guests and friends it suddenly appeared in front of us – such a well-known sign that a lot of us remembered so well. It had been there on the wall at the main entrance of the school of social workers from 1955 till the late 1980’s when we moved to another building. Vili took it from the wall and had it with him all those 25 years and he gave it to us to remember the past and celebrate it again as an important part of social work’s history in Slovenia. Again, thank you Vili from the bottom of our hearts.