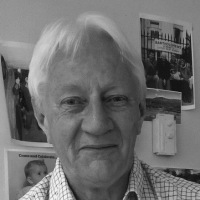 In 1975 I became an unqualified social worker in the South Wales valleys. Within a couple of months I did Emergency Duty – and had had no training for Emergency Duty.

I chose Ice lolly because …

… I was asked on a Saturday afternoon to go and see a couple who were having another domestic argument. The last time a social worker had gone out to them, the social worker had been given a commendation for having put their thumb between the hammer and cartridge of a shotgun as the trigger was pulled.

I decided the best way that I could be ‘unthreatening’ was to arrive licking an ice-lolly, and in the end only had to disarm one of them trying to stab the other with a knife.