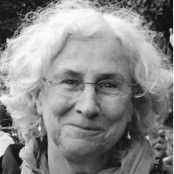 After experience with the Simon Community in Ireland, where I lived and worked in a homeless shelter, I worked in Camden Community Law Centre in London before studying as a social worker in North London Poly for two years in the 70’s. The course was for mature students and as a 23 year old I was the youngest in my class.

I took the community work option on the DSW and on graduating returned to the law centre – the lawyers had been sent on typing courses, parity of wages had been introduced and everyone was now a law centre worker. From there I progressed to Holloway Housing Aid Centre. Eventually, Islington Council closed us down; we regularly took them court when their housing estates breached public health legislation, until they realised they were our main funder …

After a short spell with Homeless Action and Accommodation I returned to Ireland and by a circuitous route became a medical social worker. Within a few years HIV had emerged. I began working in a large STI (sexually transmitted infection) and HIV clinic where we developed a team of six social workers to provide pre-HIV test counselling and psychosocial support to those living with HIV. We forged alliances with those living with HIV and other frontline workers and joined the call to change Irish laws that banned homosexuality and the sale of condoms (both not legalised until 1993). In the meantime, the clinic I worked in provided free condoms. We also used condoms in our HIV training courses for other health professionals; in those days social workers regularly engaged in sexual health education and HIV prevention work[1] – hence the importance of having a box of condoms (and a dildo) at the ready in the top drawer of my desk.

I chose Box of condoms because …

… a box of condoms became an essential ‘tool of our trade’ in sexual health education and HIV prevention in the clinic where I worked as a senior medical social worker for over 15 years. This was especially needed with young people new to using condoms but whose risky behaviour had landed them in the STI clinic, or with HIV sero-discordant couples who needed to prevent the spread of HIV from one to the other.

We knew enough about behaviour change to know that handing out condoms was not enough – as well as working with theoretical concepts like the ‘Wheel of Change’[2] to enable people to adopt safer sex practices, people needed to learn how to use condoms and to be encouraged to practice before engaging in further risky behaviour.  A box of condoms reminds me of the positive side of our work in the dark days of AIDS, that of sexual health promotion and HIV prevention, and of a very rewarding time working as a medical social worker within a multidisciplinary team.